A series of legends about the cursed aura that Palazzo Dario is bearing have been born over time. Many of the stories seem to repeat the same myth, others seem to contain a certain kernel of truth and others, more fanciful, seem just scenarios for a horror movie.

From a paranormal perspective, the palace can be seen as an entity. Also called the House that Kills, it did not took too much care of his tenants over time, who seemed to have struggled to find the most exciting way to die.

LET’S TAKE THEM ONE BY ONE


If Senator Giovanni Dario, the first known owner of the palace managed to escape, dying in 1494 of a good death, those who followed him were not so lucky. Beginning with Vincenzo Barbaro, Dario’s son-in-law, who was first ruined and then assassinated, and continuing with Marietta, Vicenzo’s wife and senator’s daughter, who committed suicide by throwing herself into the Grand Canal, we can already foresee the legend that will be born in time.

In the 19th century, an Armenian jeweler, Arbit Abdoll, will buy the palace from the Barbaro’s family, and will go bankrupt in a few years, being forced to sell it for a modest amount.

Th historian Rawdon Brown, the next owner, lived up to a late age and his death occurred naturally, being buried with Venetian fast, through a solemn procession of boats.

Somewhere in 1900, another palace owner, Charles Briggs, haunted by a relationship with another man, left to Mexico, where his lover killed himself.

Later, in the ’70s, Count Giordano delle Lanze will be murdered with a vase (or a statue) by his younger lover. This, an 18-year-old sailor, fled to London, where he will be also killed.

About Kit Lambert, the manager of The Who, is said to have committed suicide in the early 1980s shortly after buying the palace. Others say it was, after all, an accidental death caused by drugs.

Fabrizio Ferrari, who will become poor as the owner of the palace, and his sister, Nicoletta, who died in a strange car crash, can be added to this list.

In the ’90s, the palace made another victim – Raul Gardini. He would have committed suicide right in the palace, with a gun fire. After that, Ca’ Dario remained abandoned until 2006, when it was bought by an American family.

There are other unlikely theories, that the palace would have been built on a common pit where dead bodies were gathered during a plague epidemic, or that Giovanni Dario and his descendants were followed by the curse of a jewelry that he’d stolen while he was a senator.

Regardless of how true these happenings are, the mysterious aura of Palazzo Dario will last in time, and, at some point, when you will pass by the palace, aboard a waterbus or in a gondola, you will shiver a little thinking about them. 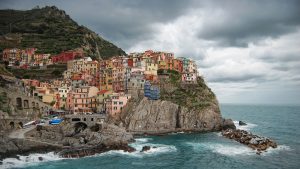 Let’s be clear from the beginning… When we talk about picturesque seaside towns, Italy means a lot more than these 10 …
Read More 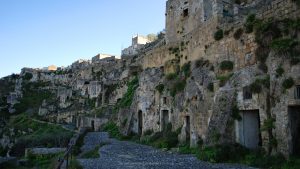 The Cave Dwellings of Matera

One of the most incredible places we visited over time is Matera, a relatively small town in Basilicata, built on one …
Read More
Near me
1000 km
Our site uses cookies to improve your experience. Find out more here.